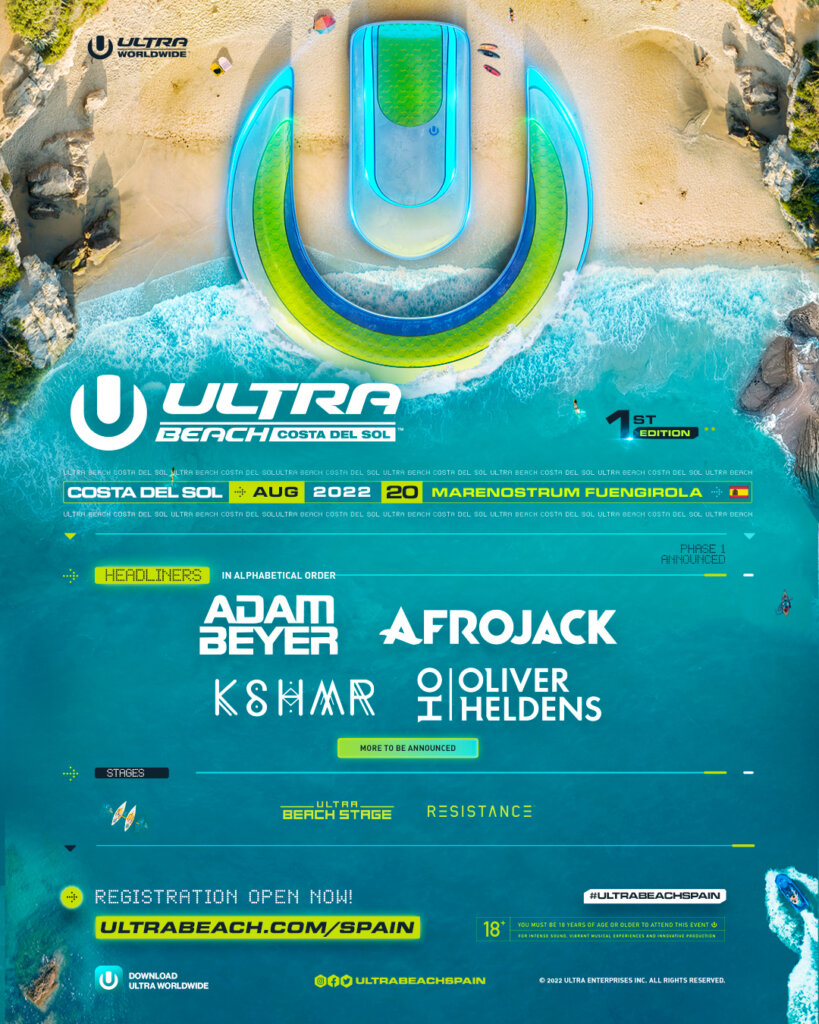 ULTRA Worldwide’s boutique waterfront festival concept ULTRA BEACH will touch down in Spain’s Costa Del Sol for the first time ever on Saturday, August 20, 2022, taking over the beautiful Marenostrum venue in Fuengirola with a genre-bending lineup of international talent.

The Main Stage will be located on the idyllic shores of Costa Del Sol’s beach backed by the Mediterranean Sea, while ULTRA’s award-winning, underground techno and house music concept RESISTANCE will host a stage at the Sohail Castle.

ULTRA BEACH has welcomed tens of thousands of fans to festivals in exotic coastal locations around the world, from Croatia to Bali, so the picturesque oasis of Costa Del Sol is the natural next step for the worldwide brand’s continued expansion.

Media applications can be found at https://umfworldwide.com/media-application/