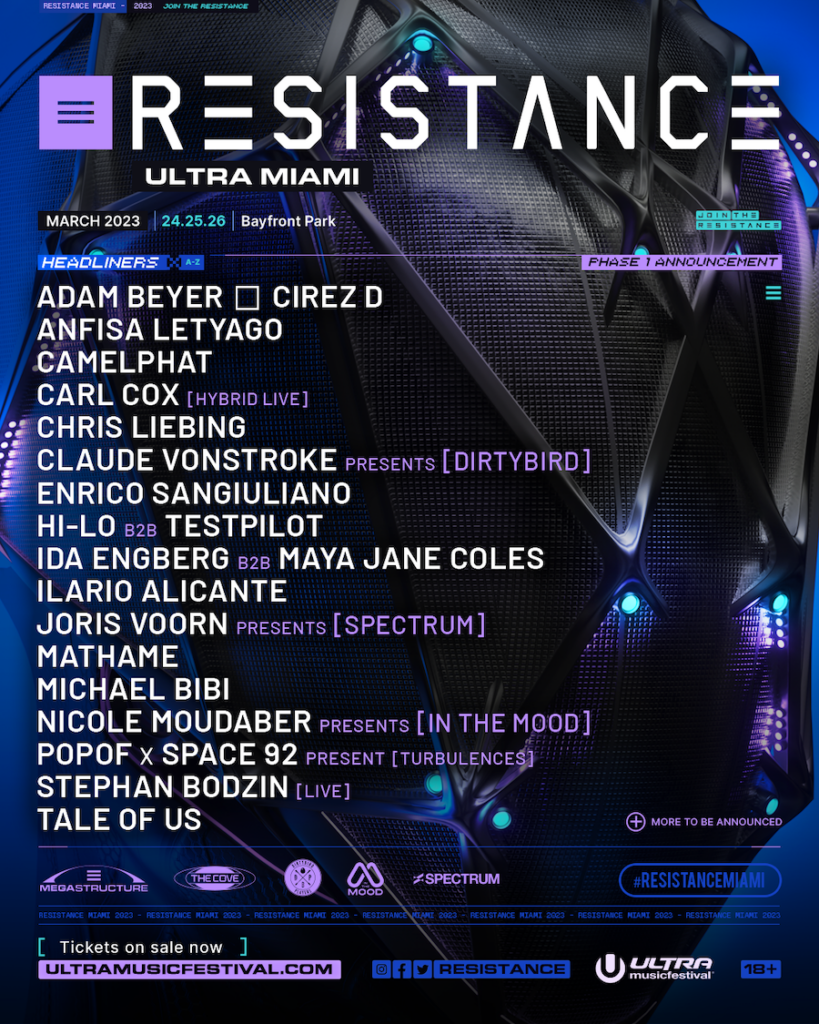 The Cove will feature inaugural Ultra stage takeovers by Nicole Moudaber’s In The Mood and Joris Voorn Presents Spectrum, as well as a curated takeover from Claude VonStroke’s Dirtybird imprint

Following its triumphant return to Bayfront Park last spring which welcomed 165,000 attendees from 112 countries to the sold-out event, Ultra Music Festival is gearing up for its 23rd edition to take place from Friday, March 24 to Sunday, March 26, 2023. Following the festival’s previously-announced Phase 1 lineup, RESISTANCE has now unveiled a stacked roster of house and techno headliners to join the 2023 billing.

RESISTANCE will present some of the world’s most sought-after underground acts across two stages: The Megastructure and The Cove. The Megastructure’s immersive, technology-driven build is the perfect haven for house and techno heavyweights, while The Cove will offer a breathtaking view of Miami’s Biscayne Bay.

After Carl Cox initially debuted his Hybrid Live performance in a three-hour, headlining set at Ultra Music Festival 2022, the festival mainstay will once again showcase his mesmeric concept at The Megastructure.

Tickets on sale now at https://ultramusicfestival.com/tickets/miami/